“I’m sorry, but this simply isn’t good enough, look at this dust [swipes his finger through a thick grey fur]. And where is the lighting for this magnificent piece? I can’t see it!”

These were the words, or words to this effect, that David Savage let fly in a passionate outburst of frustration against our young, bookish guide during the school’s annual visit to the Cheltenham Arts and Craft Museum. Normally museum visits are muted affairs, hushed whispers, clasping your hands behind your back and inspecting pieces with pointed noses. Not this time.

This museum represents a Mecca to the likes of David, who is one of the UK’s leading designer-makers and can point to a direct lineage of mentorship back to the originators of the movement known as the ‘Arts and Crafts’. So it was with great enthusiasm that he kindly arranged for the school to spend a Sunday being shown around, David as our personal show guide, and the museum guide as the handler of the icons.

Given how much these artefacts embody David’s ethos in his lifelong work and how important they’ve been in shaping his career, it was understandable that he wanted only the best for them. David, never one to be shy in his opinions, was, I think, entirely justified to vent – these pieces signalled a paradigm shift in how furniture was designed and made, and this effect is still in clear expression today.

The Arts and Craft movement was a rebellion. The sun was starting to set on the Victorian era and a new breed of thinkers had had enough of the exuberant decorative style of furniture that so acutely represented the Victorian expression of national self confidence and ostentatious superiority. It was also a rejection of the mass-produced cheap wares that were made by the people in conditions that are now, thanks to the likes of Dickens, so grittily real to us. Inspired by the writings about art, work and society of prominent thinker John Ruskin, William Morris, among others, was the first to test these ideas and put them into action.

What was the essence of the movement? On a recent visit to Exeter’s RAM museum, I found a quote by Walter Crane which I think summarises it concisely:

This idea is interesting not for the obvious allusions to the plight of sweatshop workers, but for the idea that the end user themselves are also damaged. It sounds rather dramatic until you contemplate that, as graphic designer  Stefan Sagmeister recently put it so eloquently: “I think it’s ultimately inhuman to only see things for their functionality. We want things to be more than that. The desire for beauty is something that’s in us, and it’s not trivial.” (My emphasis)

For the first time, there was a dignity in the relationship between the designer and the maker. Designers from architectural background trained in the classic orders, took to employing craftsmen to produce furniture that celebrated beautifully simple concepts of proportion, symmetry and contrast. Perhaps the most notable feature of the Arts and Craft-style furniture was the way the makers articulated their respect and admiration for the craftsman through the use of exposed joints, such as through wedged tenons and dovetails – this was a way of saying this craftsman should be recognised as someone important.

After the museum and a rainy half-hour walk around the corner, we visited the annual Celebration of Craftsmanship & Design exhibition – the largest show of contemporary designer-maker furniture in the UK. The pieces on show ranged from £60,000 amboyna burl drinks cabinet to small jewellery boxes for a few hundred, but it was clear that the philosophy of the Arts and Craft movement is still alive and strong – and something that I’m pumped to be a part of.

“Whether you like Arts & Crafts furniture is irrelevant if you are a woodworker. Even if you dislike expressed joinery, native materials and the color brown, the Arts & Crafts movements in England and the United States were a turning point for craftsmanship.” Since publishing this, Christ Shwarz of Lost Art Press, who attended the same museum tour with us (and was visiting the school that week to run a box making course) has posted his own blog post on similar themes, executed far more eloquently, if you’d like to read it here. Chris is pictured with David below. 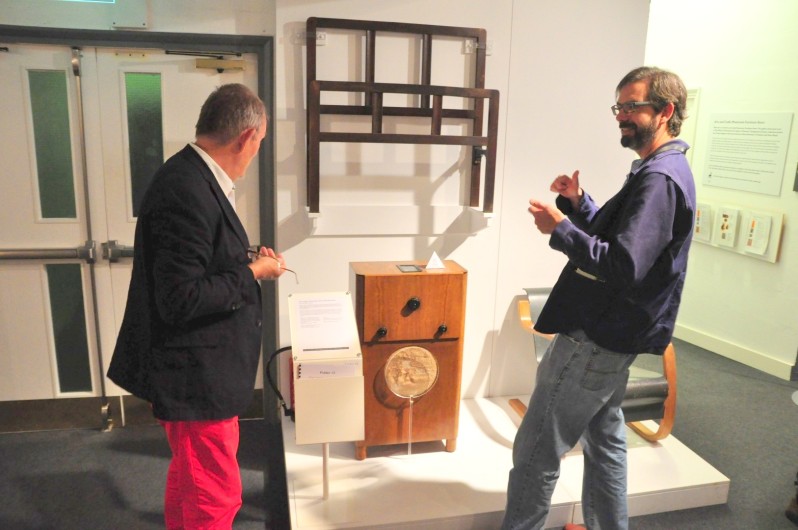 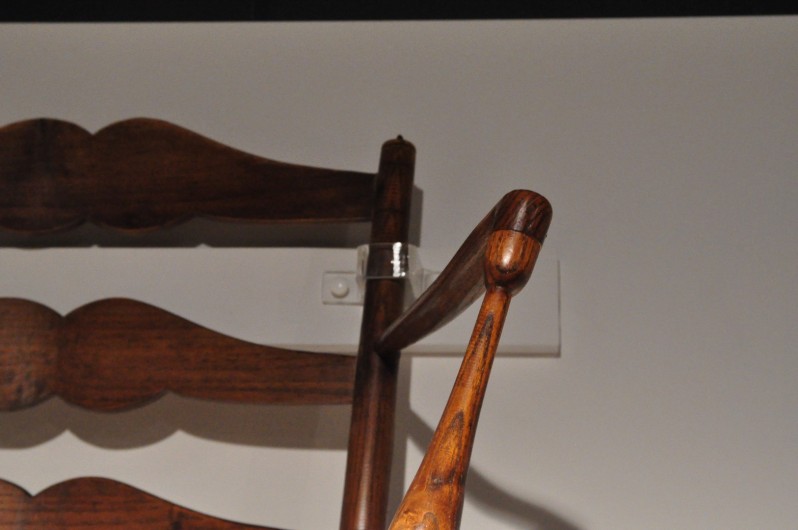 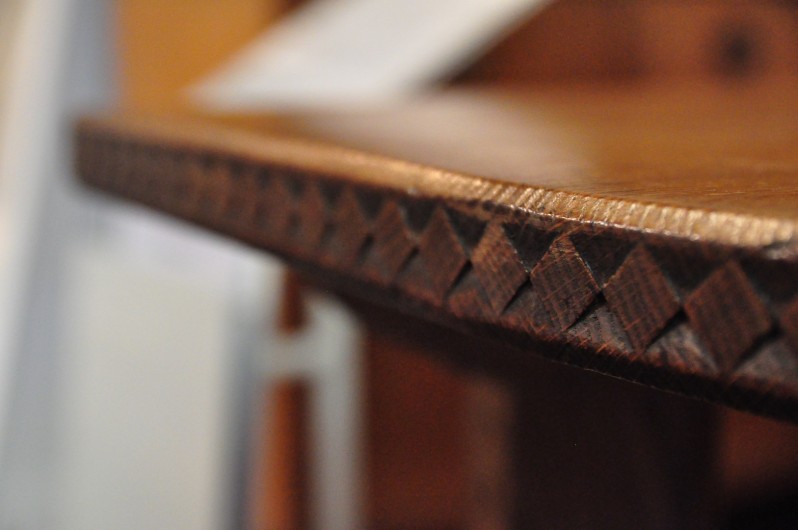 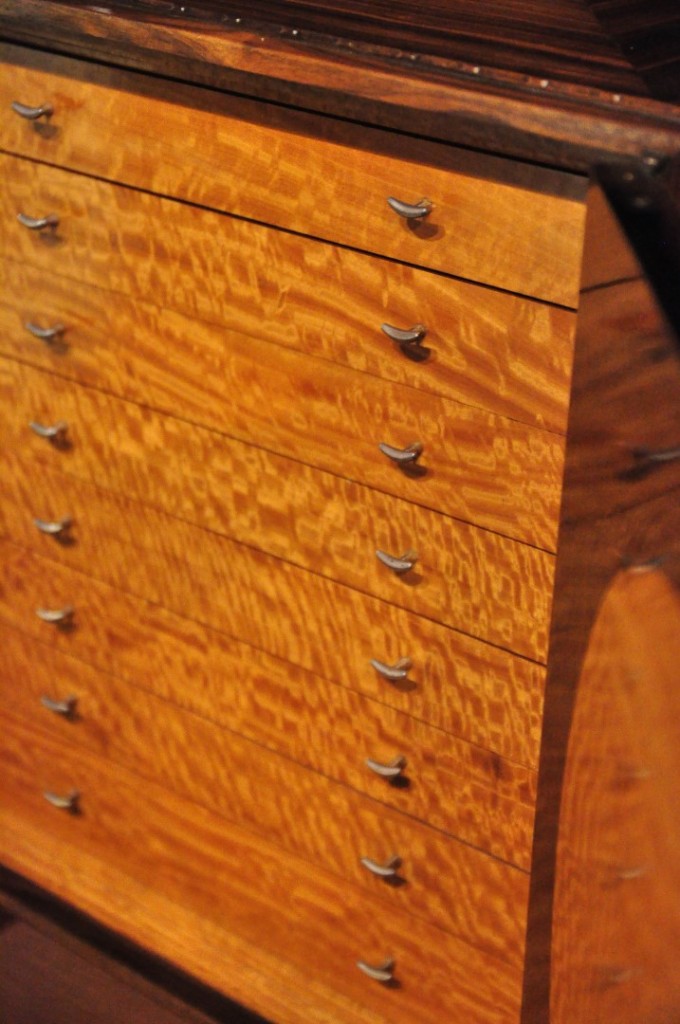 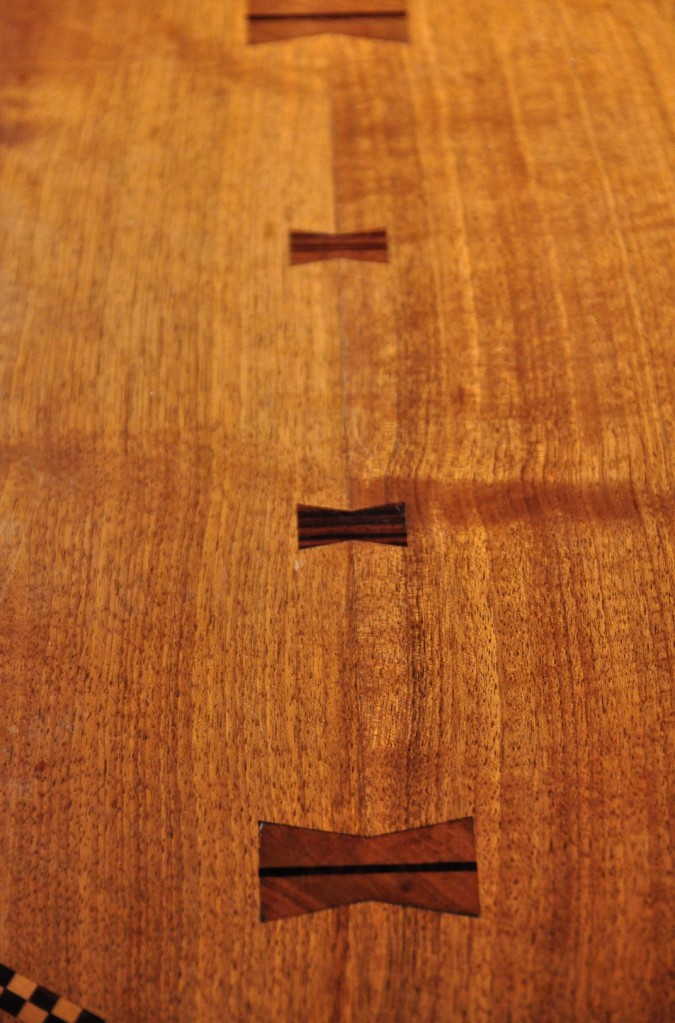 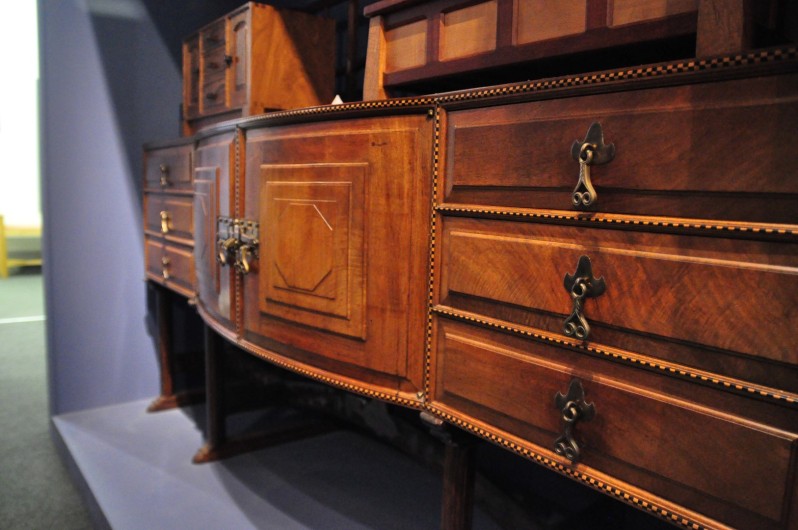 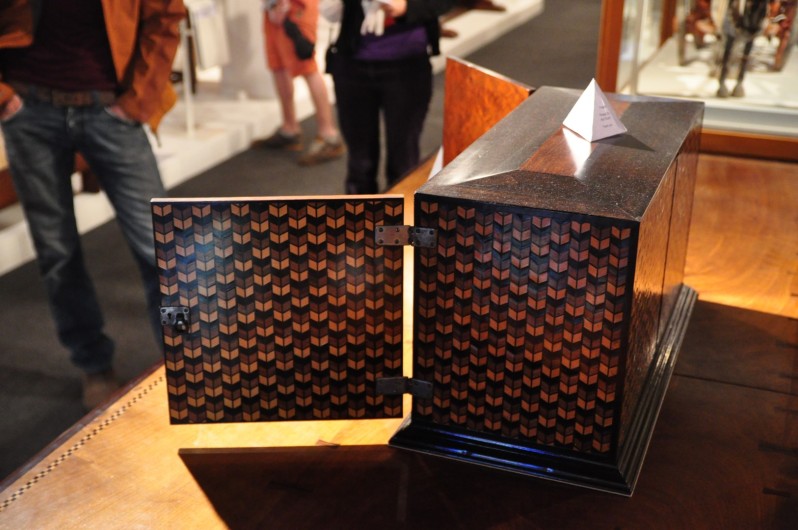 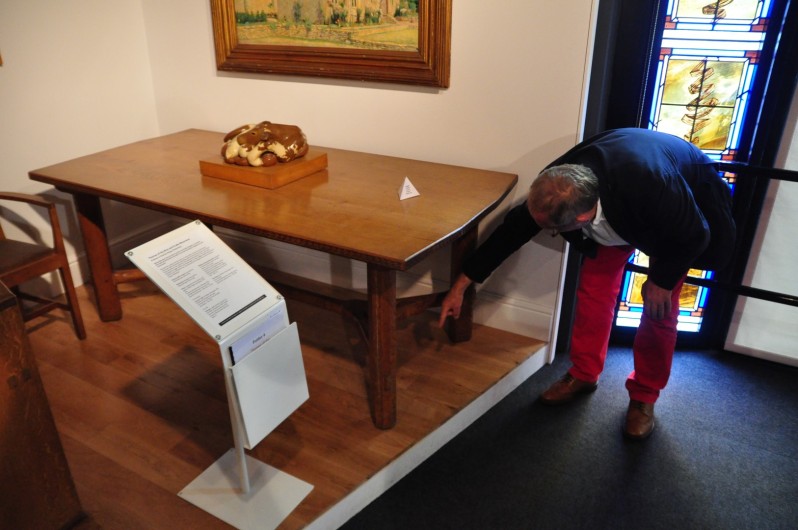